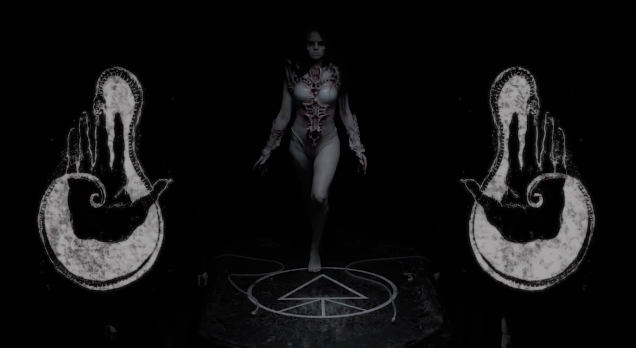 BEHEMOTH recently joined forces with director Zev Deans (youtube.com/panoramaprogramming) to compose a video for ‘Messe Noire’ from »The Satanist«. The Brooklyn based director brings a visually dark and surreal atmosphere to a song and album that is one of BEHEMOTH’s most bleak. To add to the atmosphere, costumes were provided by amazing fashion designer, Sharon Toxic (toxicvision.bigcartel.com). The combination of these visual and auditory talents could not be more ideal.

“The story of Lucifer’s fall, followed by his defiant rebirth, reminds me of Nergal’s own personal struggles of recent years. Like Lucifer, Behemoth has recovered from hardship, and they are stronger than ever. With ‘Messe Noire’, I was lucky enough to work with some of the most talented people in the genre. I owe the success of this project to the intense SACRIFICE that Sharon and the rest of team gave to this work.”

“It was actually our drummer Inferno’s idea to work with Zev Deans. He showed me a PORTAL video that literally blew my fuckin’ mind! For a long time we’ve attempted to reach a new ground and artistically leave the comfort zone. »The Satanist« is THE record that challenges us on so many levels… and here we are, exploring new grounds with a video producer who is a genuine visionary! The ‘Messe Noire’ video surely adds new quality to our art and makes it even more transcendental… I am proud!”