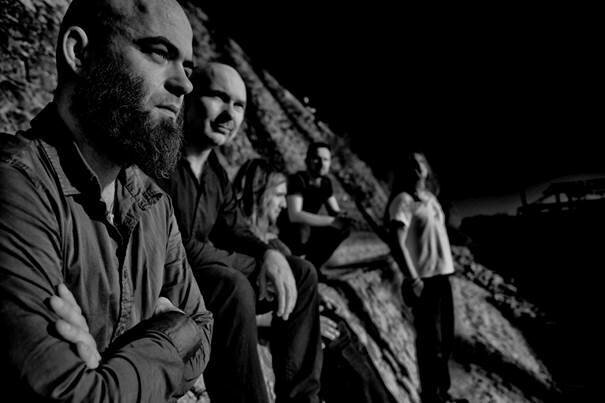 Currently on the road with their first ever full acoustic tour, DIE APOKALYPTISCHEN REITER are pleased to announce that they will be headlining this years edition of the Heidenfest tour in October!
Co-Headliner are Finnish labelmates and folk metal superstars KORPIKLAANI, who are about to hit the road for the Paganfest tour with Wintersun.

“This year continues as exciting as it has begun. We are on an acoustic tour right now, which is great fun. The shows are refreshingly different, but now it’s also time
to go full throttle again. We will announce some more surprises in 2015 – first of which is HEIDENFEST tour.
Fans can be prepared for a neck-breaking setlist.”

“We are happy to announce that we will once again be playing Heidenfest with many of our good friends. You will be bewitched into having a good time.”

The lineup is completed by the pagan metal acts VARG from Germany and SKYFORGER from Latvia as well as Bavarian power metalheads WINTERSTORM.
The series of extended shows will also include Finnish blackened folk metal heroes FINNTROLL and German metal institution HÄMATOM, adding even more variety to a selected number of dates.

Don’t miss the chance to see DIE APOKALYPTISCHEN REITER and KORPIKLAANI live at the following shows: 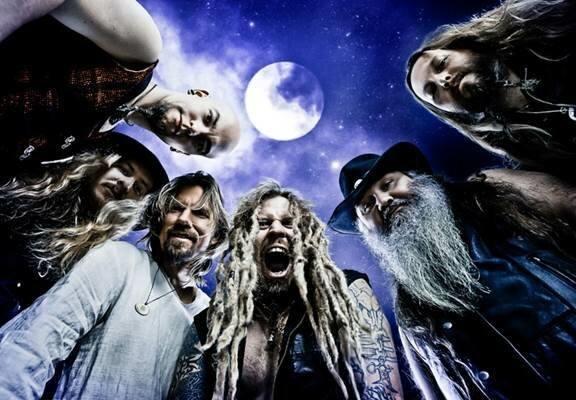 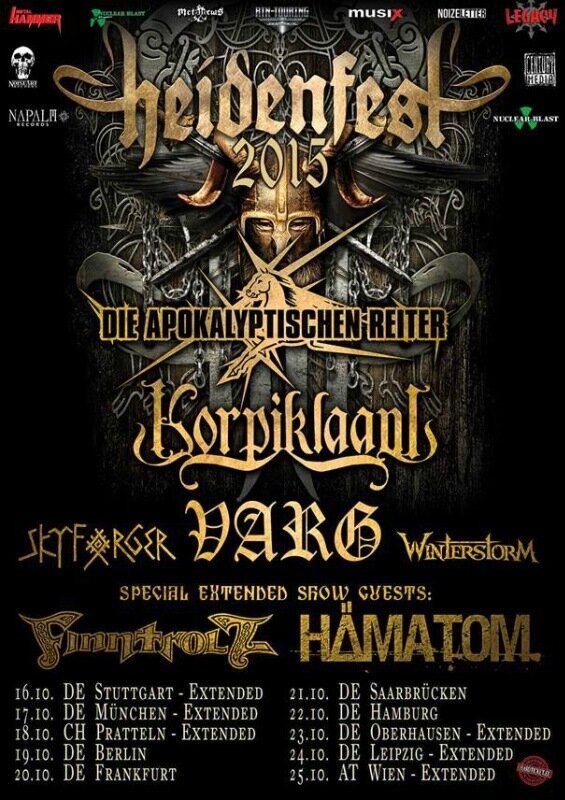