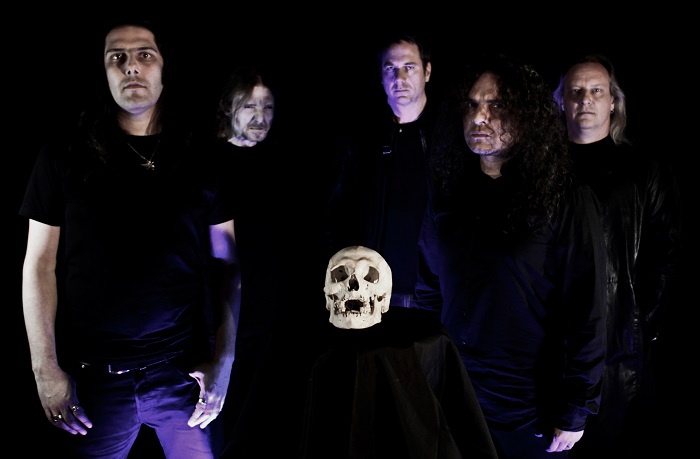 Swiss Cult Death/Doom combo Excruciation have signed a worldwide deal with Wormholedeath/Aural Music for the release of their upcoming masterpiece [c]rust that will be produced by Wahoomi Corvi and will be unleashed during 2016.

The band will enter the studio on August the 17th 2015 and is now very busy with songwriting.

[c]rust will represent the band’s deeper step into darkness and will be released in collaboration with the bands own label Auric Records. With [c]rust, Excruciation will forge their versatile influences ranging from 80s Dark Wave and Crustcore to oldschool Black and Doom Metal into a new piece of extreme metal! Behold!

About Excruciation:
After fast and furious seven years from 1984 to 1991 their sheer aggression forced Excruciation to take a rest. In 2005 all original members rejoined forces unleashing Doom, Death and Mayhem again on stage. Re-energized and reinspired by their sudatory live performances, Excruciation focused on the first full length album ever “Angels to some, demons to others”, released in early 2007. It was followed by “[t]horns” in 2009 and in doing so re-established the bands status once again. 2012 saw the re-release of Excruciation’s early works “Last Judgement” & “First Assault” on vinyl by the Italian cult label “F.O.A.D. Records” and a live recording from 1987 being released on tape by “The Ritual Productions” from the Netherlands, who also released [t]horns on vinyl in 2013. Following in 2014 the new record [g]host crawled up the spine, critically well acclaimed and gaining several awards as “album of the month”.

“Excruciation is proud to announce their signing with WormholeDeath Records, based in Italy. They made us an offer we couldn’t refuse… Though good experiences we’ve made in releasing on our own label Auric Records, we’re happy to benefit of an experienced and well-established label with broad international connections to spread Doom, Death and Mayhem all over the world. We’re looking forward to our collaboration on the coming record [C]RUST!”

“We are honored to work with such a cult band and we will do everything possible to support their work at the best possible level. We have asked them to go deeper than they did with [G]HOST as we are willing to expose the essence of EXCRUCIATION, the skeleton of this band. We will expose the violence and straight downward energy that lies within EXCRUCIATION. They told us, human flesh and skin is the crust that keeps us standing. But like rust eats iron, life decomposes the shell and nothing more than dust and bones will remain.”