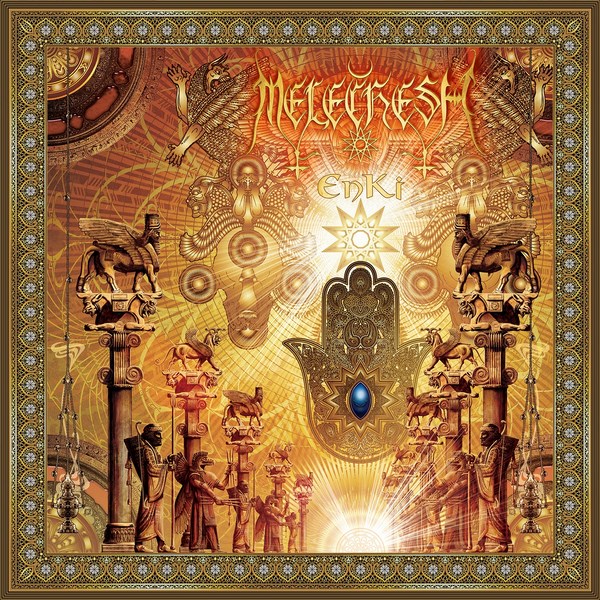 Hm, as I know, “Enki” was one of most awaited albums early this year, so it happens, and all the fans should have it already. I remember Melechesh for many years, and I always was curious about their albums all these years. Now I have an opportunity listen to their fresh effort personally and make some decision. Nine tracks, more than one hour of music. I wrote word music on the last sentence, and it was pretty correct, why? Just because “Enki” is not just some Metal album, but this album is filled with Music itself. Yeah, I mean all those Middle Eastern folk tunes. All those folk tunes were more than successfully crossed with the whole metal massacre here on the album, and as a result – sounds pretty impressive and memorable. Also, as always, musicians has successfully mixed various metal music styles into one whole bomb, hehe; i.e. I have heard there black and death metal tunes, but sounds as one whole thing. Additionally pretty catching raging guitars ad measured drumming, with good bass lines laid under rhythm-section, and some twisted guitar solos. As for vocal parts, they are same good, and even guest vocals by M. Cavalera (song “Lost Tribes”) sounds like it was not him:). The whole sound is not top-notch, but also I can’t say it’s like average or a bit higher than average, from my personal point of view, they could make it with more low tunes, but these are just my personal, interesting to no one feelings, so, the sound is just good. Ok, with “Enki” Melechesh proved us they still kick ass and able to do more than proper stuff, with great ideas and good approach. I’m dare to recommend this album to the fans and to all those into folk stuff. Take a piece of this raging yet catching music from Melechesh camp! Favorite track – “Metatron And Man”.