Home
Reviews
Past Review: Decaying “One To Conquer” (written by Rottendamned) 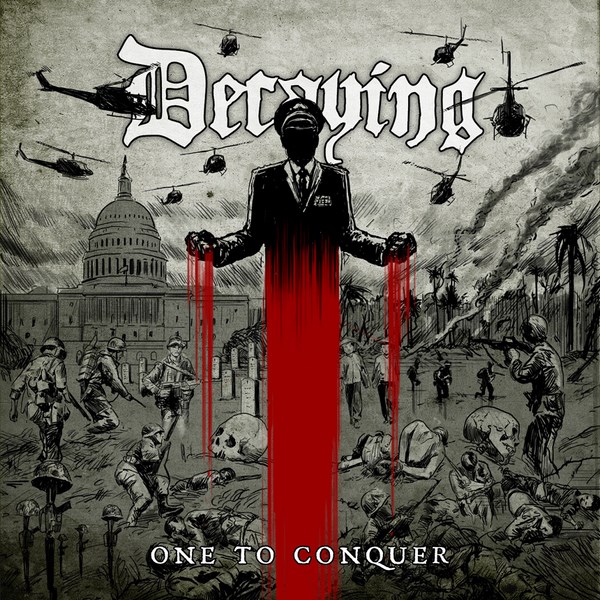 Decaying “One To Conquer”
Hellthrasher Productions

Decaying is a death metal band from Finland. Over the years they released two albums that in my opinion were below average. Not that the albums were bad, but the songs were way too long that the album became boring.  I always felt that Decaying had more potential and finally on their latest release they Conquered me. The songs are at normal length and straight to the point. If you are a fan of old school deathmetal bands like Bolt Thrower, Asphyx or Hail Of Bullets then you will love Decaying. The album is well produced and has a great old school death metal feeling. The first song, Frequent Wind is a great instrumental before the barrage of guitar riffing begins. The vocals on this album are amazing and very well combined. The other vocalist does some nice back-up vocals at the right moment during the songs especially during the song Iron Curtain. Wow what an amazing song that turn out to be with great riffing and combined vocals. He also sounds a lot like Martin van Drunen (Aphyx) that I had to look if he was doing guest vocals on this album. The album cover has a nice light grey cover art with a powerful meaning and gives exactly what the lyrics are about. In short One To Conquer is an amazing album. This the way death metal is supposed to sound.