Home
Reviews
PAST REVIEW: SKELETAL REMAINS “BEYOND THE FLESH” (WRITTEN BY ROTTENDAMNED)
Tweet 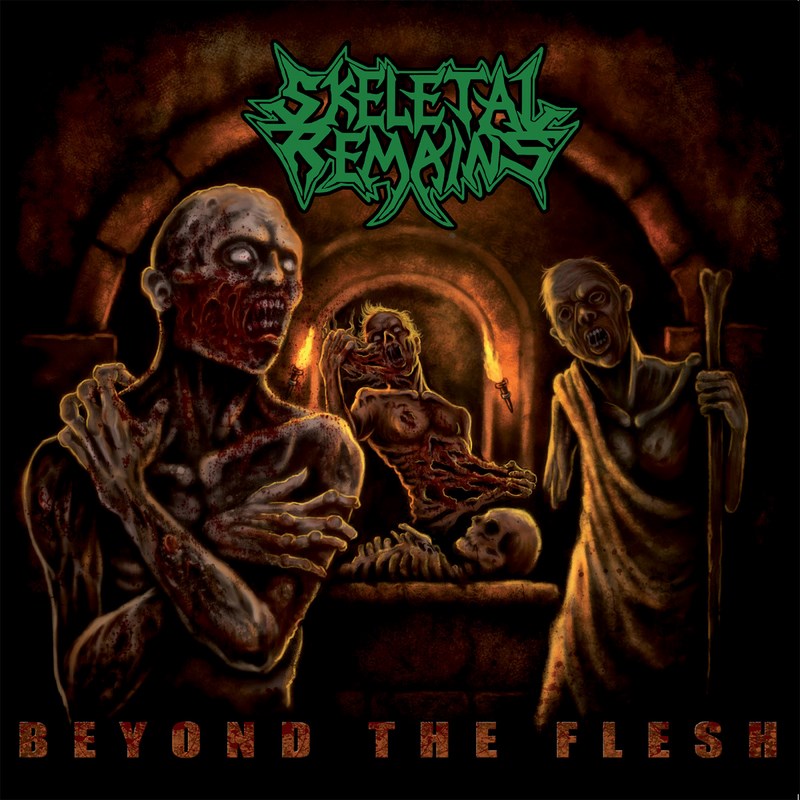 It is hard to believe that this record was released in 2012. Everything about this record; the production, the vocals, guitars and album cover is so old school that you can easily be mistaken that it was released alongside such masterpieces as “Slowly We Rot” and “Consuming Impulse”  during that time period. Then I thought maybe this is a new side project of  members from Obituary, Death or Gorguts. So I opened the booklet and I saw a photo of some…youngsters?? I don’t know how these guys did it because I haven’t heard this kind of death metal in a loooooong time!!!Skeletal Remains is a band from California and beyond the flesh is their first release. The vocals are very raw and rotten. The musicianship is grotesque with a lot of guitar solos with deep bass sounds. The production has that unique Morrisound Studios sound. These guys are not reinventing the wheel or adding new elements to death metal, but they are really good at what they are doing. If you were disappointed by the latest releases of Obituary and Massacre or you are longing for the glory days of death metal then I can seriously recommend you Beyond The Flesh.