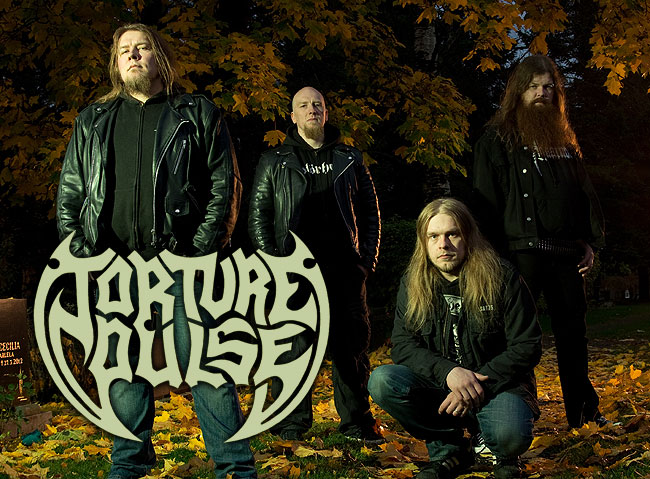 Finnish Death Metal veterans TORTURE PULSE have inked a deal with Xtreem Music for the release of their upcoming 2nd album which is currently being completed and will be entitled “God Leash”.

TORTURE PULSE were formed back in 2005 featuring members from MYTHOS, BELIAL & IMPALED NAZARENE and have released a demo in 2008, followed by their debut album “Plague Poetry” in 2010, a split 7″EP with JOHANSSON & SPECKMANN and a 7-song mini CD entitled “Devilroot” in 2014. Their style is a heavy and catchy Death Metal in its purest form with a sound reminiscent of bands like GRAVE, ENTOMBED, BOLT THROWER, AUTOPSY, CARNAGE, VOMITORY…

Release date for “God Leash” is not settled yet, but will happen during this summer and soon we’ll reveal the album cover art as well as an advance song, track listing and a definite release date for it. In the meantime, visit TORTURE PULSE’s website at www.facebook.com/torturepulse and listen to their latest EP here: