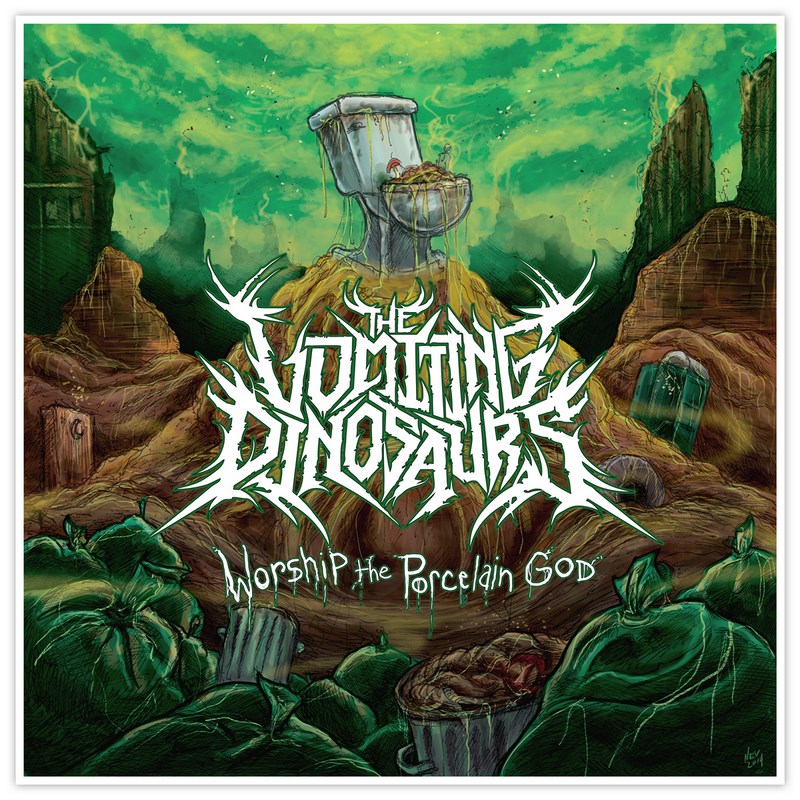 With a band name like The Vomiting Dinosaurs you will easily believe that this is a punk band. To make things more confusing is the cover art with a landfill and on top of the garbage a toilet, typical art for a punk band.  The album title “Worship The Porcelain God” also sounds punk. But wait there is more…inside the digipak there is a dinosaur that is throwing up with a guitar around its neck. Everything screams punk about this record. But what we have here is some very raw and disgusting death metal. The Vomiting Dinosaurs is a band from Virginia consisting of three members. “Worship The Porcelain God” is their second album which is release on Grimoire records. I underestimated the album because this is really a fun and ass kicking horror infused death metal to blast your head to. The production is very good and the album consists of twelve mean and punishing tracks that are furiously played just under 30 minutes. The songs are catchy with a lot of tempo changing and diversity  during the songs. Ryan Auvil growls fit the songs and riffs perfectly. The drumming is surprisingly good and the guitar is down tuned to perfection. There is not much to say about this album other than you will love this album especially if you are into old school death metal. Just kickback and put this record on with a beer in your hand and let the worshipping begin!!!