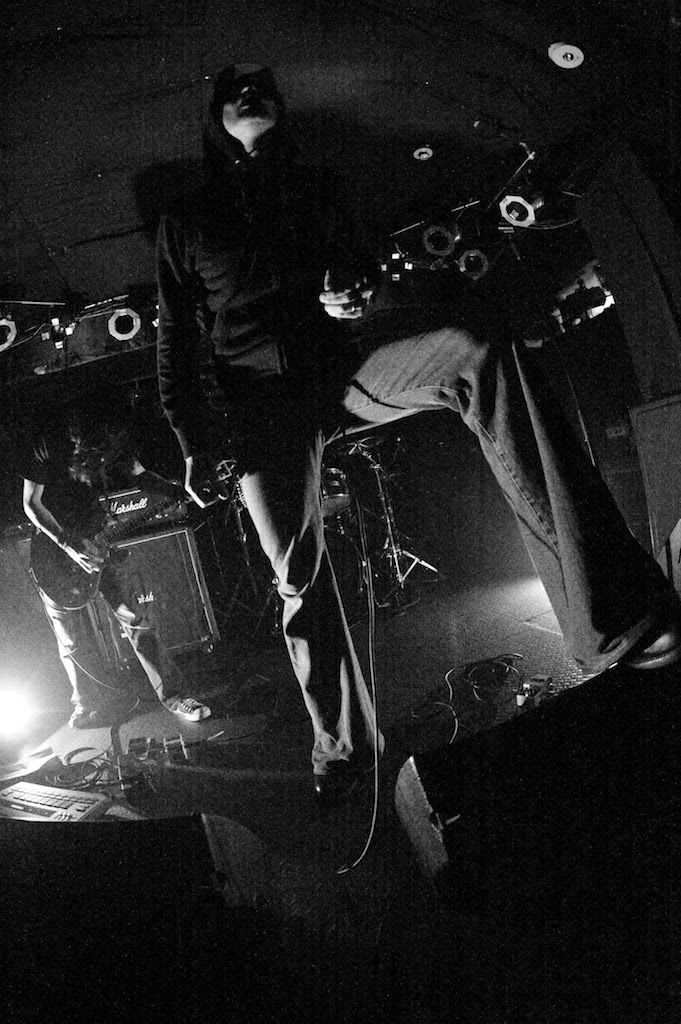 At War With False Noise and Unholy Anarchy announce February 20th, 2015 as the international release date for Legion of Andromeda‘s debut album, Iron Scorn. Conceived, constructed, and assembled in 2012 by the demented minds of -M- (axe/machinery: Japanese) and -R- (vokills: Italian) and lurking within the inhuman megalopolis of Tokyo, Legion of Andromeda is blessed by the will of total war.
Sculpted in reiteration, repetition, and cyclical rotation, Legion of Andromeda’s impenetrable cacophony outbursts the breath of cosmic frost: raw, minimal, brutal; primitive, obtuse, barbaric. Albeit genuinely inspired by such diverse acts as Big Black, Suicide, Godflesh, Ildjarn, Swans, Khanate, VON, and Pan Sonic, among others, the band have crafted a totally original and unique sound.
The duo’s first offering, released in November 2013 and quickly sold out within a few months, was a four-track/32-minute self-titled demo comprising total aural disintegration, and was recorded, mixed, and mastered in August 2013 by Shigenori Kobayashi (Coffins/Sete Star Sept) at Noise Room Studio in Tokyo for maximum audial displeasure. While being favorably reviewed on several underground webzines such The Obelisk, The Sleeping Shaman, Black Metal And Brews, and personally handpicked by none other than Kim Kelly who featured it on her own Necrolust Zine and in Decibel magazine, the demo was distributed by Obliteration Records in Japan, At War With False Noise in the EU, and Aquarius Records in the US.
In July 2014, Legion of Andromeda recorded their first proper full-length with the legendary Steve Albini (Neurosis/High On Fire/Nirvana) at his own Electrical Audio in Chicago. Titled Iron Scorn, the album is colossal, punishing, and devastating in terms of production, dynamics, and sound. Albini’s extraordinary engineering skills and unique genius brought to life a real monster, a huge sonic crusher of devastating proportions. The record, mastered by John Golden (Melvins/Om/Sleep/), will be released on February 20th, 2015 on vinyl format only by At War With False Noise in the EU and Unholy Anarchy in the US. On the artwork side, the insanely talented Tony Roberts (Conan/Electric Wizard/Unearthly Trance) provided visual aggression to the album. Cover and tracklisting are as follows: 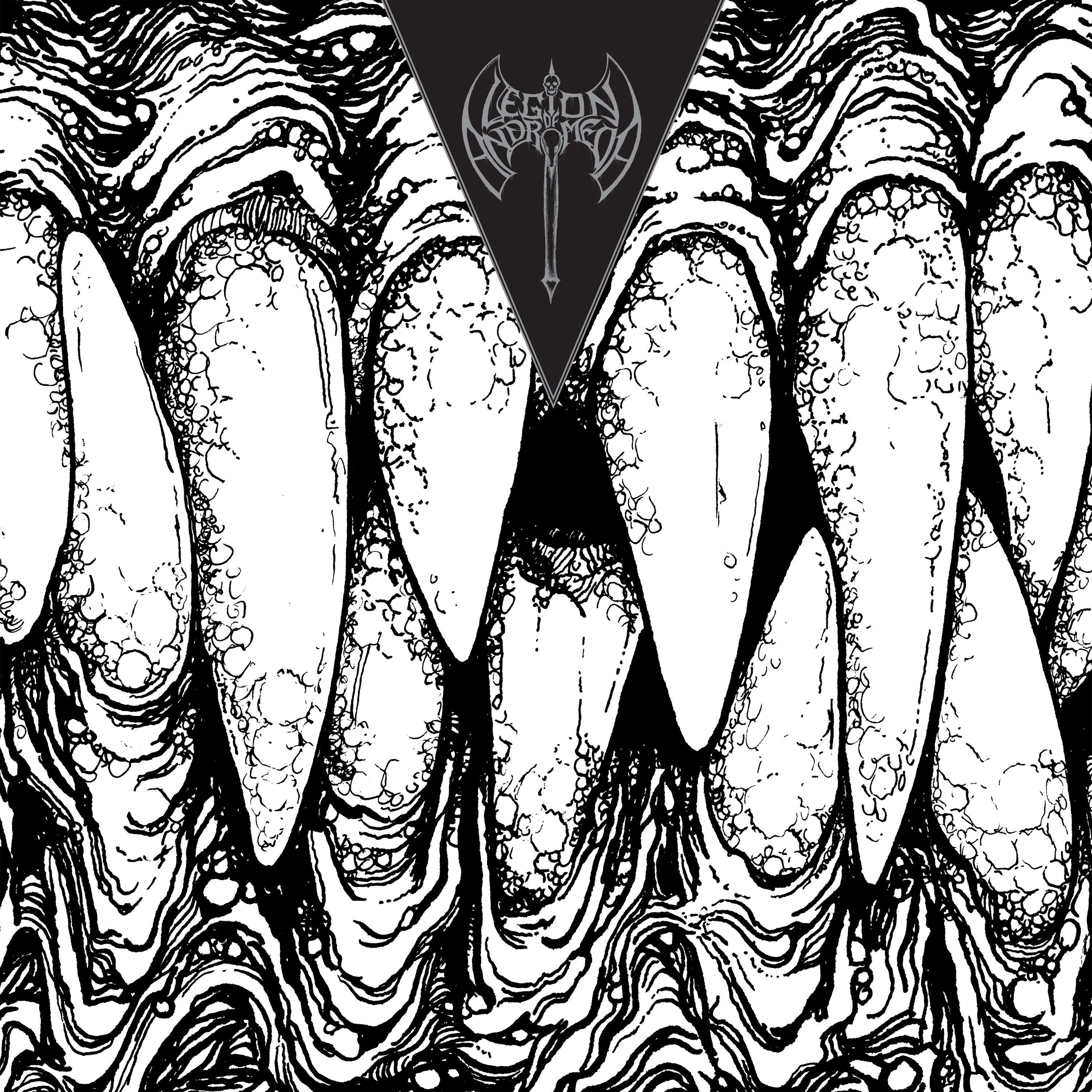 Live to hate. Cosmo Hammer Master Of The Universe.
CRITICAL ACCLAIM FOR THE DEMO:
“Legion Of Andromeda’s demo as a whole is a superb example of minimalist approaches leading to enormous sounding results.” (Ben, Black Metal And Brews)
“It’s almost laughable how utterly violent they sound.” (Lane Oliver, American Aftermath)
“The missing link between death metal and industrial noise.” (Gav Russel, Tight To The Nail [Best Band Ever Of The Week])
“There’s no way that this demo could’ve been put together by normal, run-of-the-mill musicians.” (Sandy Williamson, The Sleeping Shaman)
“Disgusting, distorted, depraved.” (Kim Kelly, Necrolust Zine)
“Total knuckle-dragging blackened bliss out of the highest order.” (Andee Connors, Aquarius Records)
“The sheer bravado and confidence that is instilled in the relentlessly cycled rhythms and unforgiving tempos make for an enjoyable experience which, in their own words, you should listen at maximum volume and fuck off.”(Andrew Rawlinson, Echoes And Dust)
“One of the loudest and scariest releases I have heard this year. Excellent and highly recommended.” (Steve Howe, The Sludgelord)
“Whatever else Legion Of Andromeda are, they’re fucked.” (H.P. Taskmaster, The Obelisk)